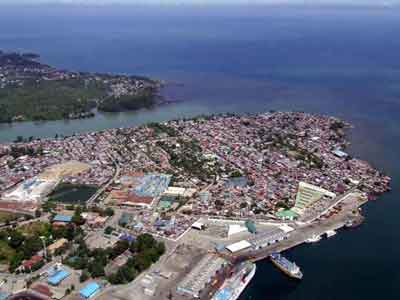 Trash and Traffic in my Favorite City

I love Cagayan de Oro City. I grew up there (although I left the place to study in Metro Manila when I was 15.) While I studied in Manila, my family continued to live there so it was always “home”. I went home again some weeks ago to be with my sister who gave birth to my first nephew, and my parents’ first apo.

Going down from the airport, I noticed that construction of a short strip of road is still ongoing at least 6 months after it started (I was there last December so I saw the very same strip under construction). The city is recovering from Sendong–and sadly it showed. The streets were dirty–muddy and with garbage everywhere. Traffic was bad; and even made worse by vehicles parking on a main thoroughfare like DV Soria with impunity. At a time when the rest of the Philippines is trying to get rid of market vendors plying their trade on the streets, Cagayan de Oro does not seem to care and do anything about it. Motorcycle drivers defy all safety rules by driving without helmets. Then I saw some policemen in motorcycles drive by without helmets and it made sense. Even the malls seemed decrepit somehow. My beloved LimKetKai’s backways looked dirty with misplaced trash, and jeepney drivers just stopping anywhere. And don’t get me started with our sorry version of a flyover. It felt like an expensive white elephant that doesn’t really do anything to alleviate the traffic problem. Cagayan de Oro is a fast growing city. But–I don’t know how exactly–it seemed to be in a time warp: it felt like Iligan City when I last visited it back in the 90s. Napag-iwanan ng panahon.

I probably don’t have any right to complain because I don’t live there. But because I live somewhere else, I have the privileged position of looking at CDO with unencumbered eyes. I hope the city government can learn from other cities like Jakarta, Bangkok or Shanghai. I remember when Bayani Fernando first became mayor of Marikina, the first thing he did was bring his city council to Singapore. That was the turning point. From a city known as “the salvage area of Metro Manila”, it became one of the most efficient cities in the country. We can get so used to inefficiency and stupidity and lack of discipline, we start to think that that is the best we can do. To put it a little more bluntly, we have to experience what a good city is to know that the city we live in is shit.

I now live in Pasig City. It’s not perfect, but you know–because it shows–that the government is working. (I don’t know anyone in the Pasig City government and I’m not endorsing any one of its public officials.)

Pasig is implementing a no-plastic policy in carefully planned out phases. Grocery shops, restaurants, and other establishments, started with a “no-plastic-bag-on-Wednesdays” policy. People were encouraged to buy recyclable bags (you get a rebate everytime you use these). Those with none are given paper bags instead of plastic. This ran for several Wednesdays until people stopped complaining and accepted the paper bag. Now, paper bag is standard and used every day of the week. As I’m writing this, establishments like Starbucks, Jollibee, McDonalds don’t use straws every Friday. In a few months time, I think even the use of straws will no longer be allowed. Coupled with an effective garbage collection service, solving the trash problem at its source has drastically minimized nonrecyclable trash in Pasig.

Traffic enforcer visibility has been used to combat the traffic problem (I don’t really agree with this strategy fully). You see a lot of “blue boys” (enforcers in blue uniforms) around the city enforcing traffic rules. And while not perfect, they’re quite fair. One time I got caught by a traffic enforcer for beating a red light at 1am (yes, because there’s so many of them employed by the city, some of them are still out at 1am!). She explained to me what my violation was, gave me a ticket and confiscated my license. The next day, I drove to the traffic enforcement office to get my license, bracing myself for long lines and the bureaucracy you expect from government offices. When I was near the place, I asked a blue boy where I can get my license. Very courteously, he gave me detailed directions to where I’m supposed to park. I went up the building and there were clear directional signs so I knew where to go. I showed my ticket, lined up to pay my fine and was asked to wait by a uniformed enforcer who was respectful of everyone there (there were around 15 of us at that time). Total time spent in the building: less than 20 mins.

With good planning, systemic thinking, and common sense it can be done. It has been done. There are really no excuses.

AngPeregrino is Eric Santillan. He is a management consultant for two firms specializing in sustainable business, competitiveness and risk management, cost control and culture management. He is also a writer for The Mindanao Current. At one time or another, he has taught, moderated college organizations, done organizational development work for BPOs, been a Jesuit, mentored people and given retreats.

Eric Santillan has been a relationship counsellor for 21 years. He is married with two kids. He is also a productivity and organisational development consultant with a MSc from the University of Liverpool. His mission is to bring the discipline and effectiveness of organisational and management tools into personal relationships, to make them even more meaningful and full of life. View all posts by Eric Santillan

16 thoughts on “Trash and Traffic in my Favorite City”

Would ❤️ to hear what you think. 🔆 Share your thoughts below. 👇 ⁠ Cancel reply